Mystery boxes have begun to flood AliExpress recently, but… what do these boxes contain that we can buy for a few dollars?

In this post, we analyze if they're a hoax or if there is really a chance that we can get something interesting in one of these boxes.

What is a mystery box? 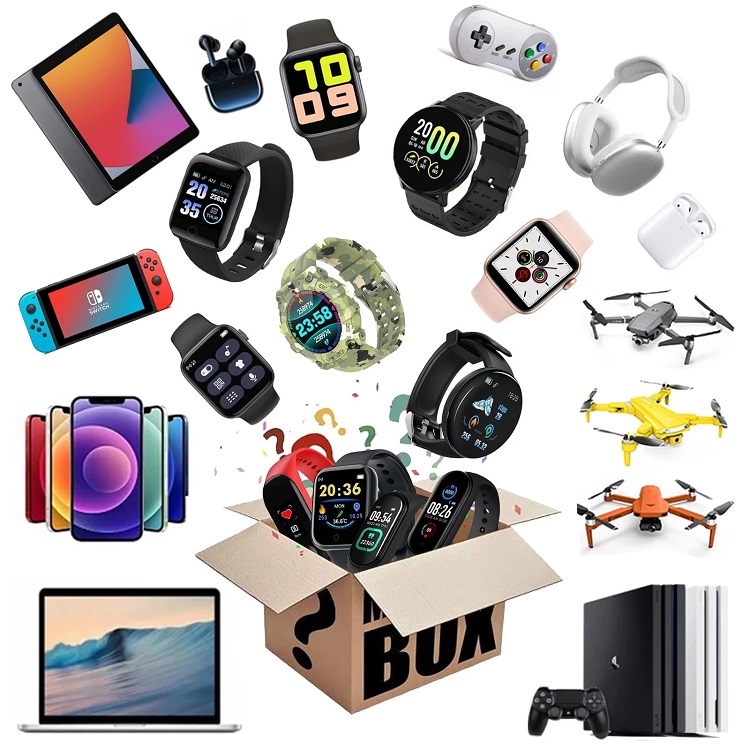 Mystery boxes are boxes that include surprise items. You don't get to choose the contents, you just pay and the seller selects and sends the items they want.

These mystery boxes attract a lot of attention because they include photos of high-value items such as smartphones, consoles, smartwatches, cameras, headphones, drones…

In others, they even tell you that there is a 99 or 100% chance that you will get an Apple item. And all this for a few dollars.

Are these mysterious boxes reliable?

Well, just the fact that they promise such high-cost items at such a ridiculous price should start to make you suspicious. Because yes, everything points to these boxes being a new scam that has arrived at AliExpress.

You know that on AliExpress you can always find amazing things for a cheap price, but being sensible, nobody sells an iPhone or an iPad for $1 or $5. Don't you think?

How is it possible that they have positive reviews?

Something that may make you wonder and doubt is that most of these products have good reviews from buyers, which also include photos of the items received: such as iPhones, Airpods, iPads, JBL speakers…

In addition, many of these mystery boxes already have thousands of sales, which makes them even more attractive.

We always recommend that you read product reviews to guide you before buying something, as they are usually very reliable and helpful (especially if they have photos).

In this case, and analyzing some of them, it is evident that they are not real reviews. Although they are written from different countries, everything points to them being false, because either the language does not correspond to that of the country, or they are very poorly written, as when you translate something directly from the Google translator. 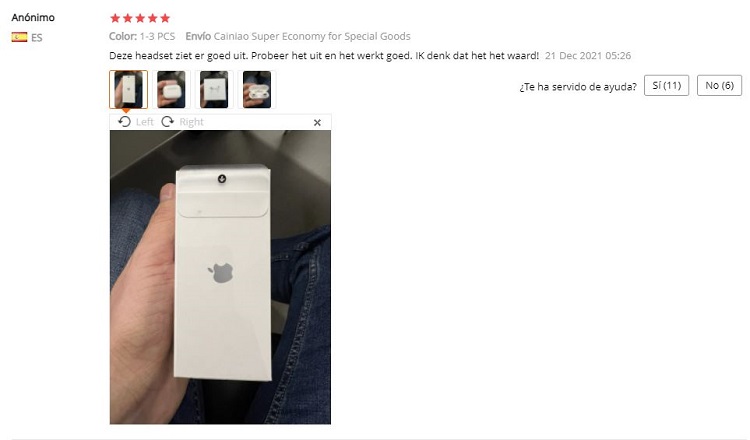 Also, analyzing many of these ads, the same pictures of satisfied buyers are repeated for different ads and stores.

Finally, all these stores have been open for a very short time, so the thousands of sales that may accumulate are probably recent purchases that have not yet reached their destination, and therefore have not been able to put a real valuation.

Some of them do start to have some negative valuation warning of the scam, but when this starts to become generalized, have no doubt that the seller will delete the product file and create a new one.

Will I be able to claim my money back if the mystery box does not deliver what was promised?

If you have already bought one of these boxes, and you wonder if you will be able to open a dispute to claim your money: wait until you receive your package and try to record a video or take pictures of the whole process, recording also the label of the order where you can see the tracking number.

If the description on the box said that you were going to receive an original Apple product (or whatever brand), it'll be very easy for you to make your claim: attach a screenshot and pictures or a video of what you have received in the dispute.

We have found that some sellers try to cover their backs better against a claim by including in the ad a series of warnings, such as, for example, that by buying the box you accept the risk of buying surprise products and that disputes are not accepted, but you can open a dispute whenever you consider it.

To facilitate the dispute, it is recommended that you collect and include as much evidence as you can.

In our opinion, it is unlikely that AliExpress will rule in favor of these sellers, as it is clear that they are the ones acting incorrectly.

On AliExpress, there are thousands of sellers and although most of them are serious people who care about their customers, you can always find dishonest sellers. Therefore, be wary of ads that sell expensive brand items for a few dollars, when even replicas aren't that cheap.

But… we all can fall into a trap sometimes, and if that happens do not fret because you have the protection of AliExpress and you can reclaim your money.