Disputes are the way by which we claim our money back from AliExpress when we are not satisfied with the product that has arrived. But sometimes we want to open a second dispute. Is it possible? How is it done?

AliExpress has a section where it answers their most frequently asked questions which you can access here. But as you'll notice, there's no information about second disputes, so today, we'll tell you how to deal with this very common doubt.

Is it possible to open a second dispute?

First, we must clarify that you can only open a second dispute if you've canceled the first one, that is if within the dispute you have clicked on “Cancel” and the dispute has been closed without resolution.

This means, that if you've accepted the resolution of the dispute (by AliExpress or the seller), even if you don't agree with the proposal, there is no turning back.

All you can do is leave a bad review to the seller so that no one else goes through the same bad experience you had to go through.

When can I cancel a dispute?

You can cancel a dispute at any time, even when AliExpress has replied to your dispute. You cannot cancel a dispute if you have already validated it or if enough time has passed for the system to automatically confirm the proposal due to a lack of response.

In case you have already accepted the resolution of a second dispute if you are not satisfied with it, or you have had a problem, we recommend you to contact AliExpress through this link.

How to open a second dispute

Follow the steps below to open a second dispute:

First, go to “Account” from the top right-hand side of your browser. In the drop-down menu, click on “My Orders”. You can also access your orders by clicking here. 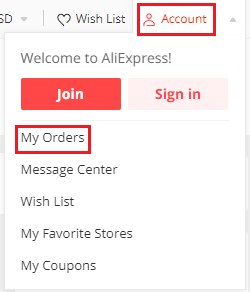 Find the order you want to dispute and click on “Order details”.

If you still have the first dispute open, you will have to click on “Dispute in progress” and then click on “Cancel dispute”. 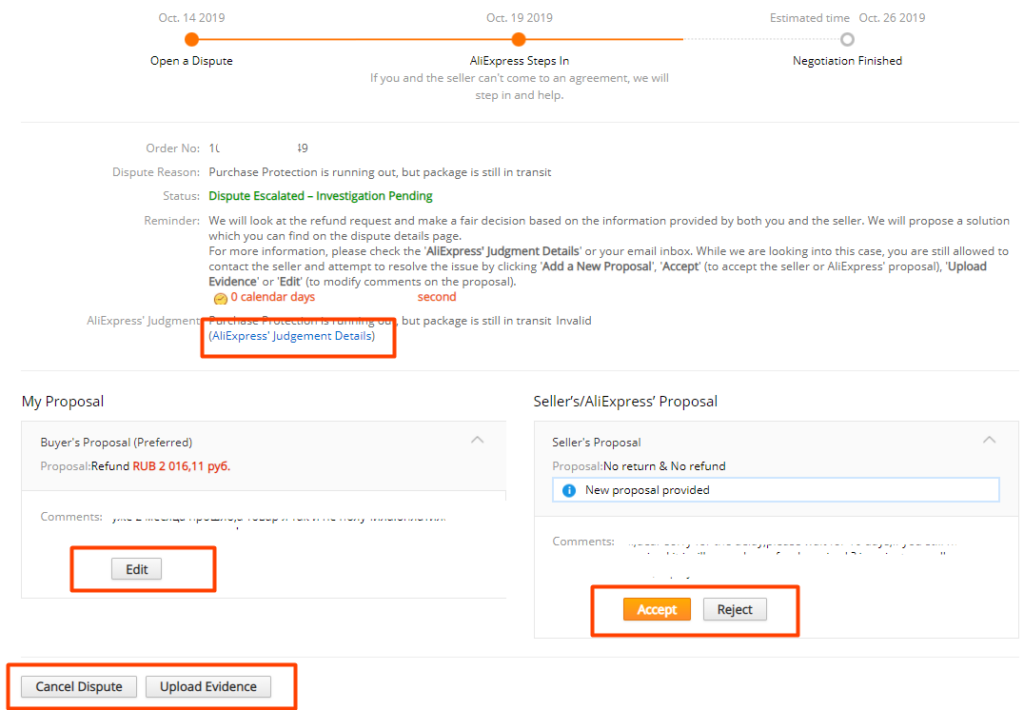 In case you have already canceled the dispute, follow the steps and in the order details you will see the option “Open dispute”. If it doesn't appear, it means that the buyer protection time has expired.

Go to “My Account”, located at the bottom right of the app. Find your orders and click on “View all”. 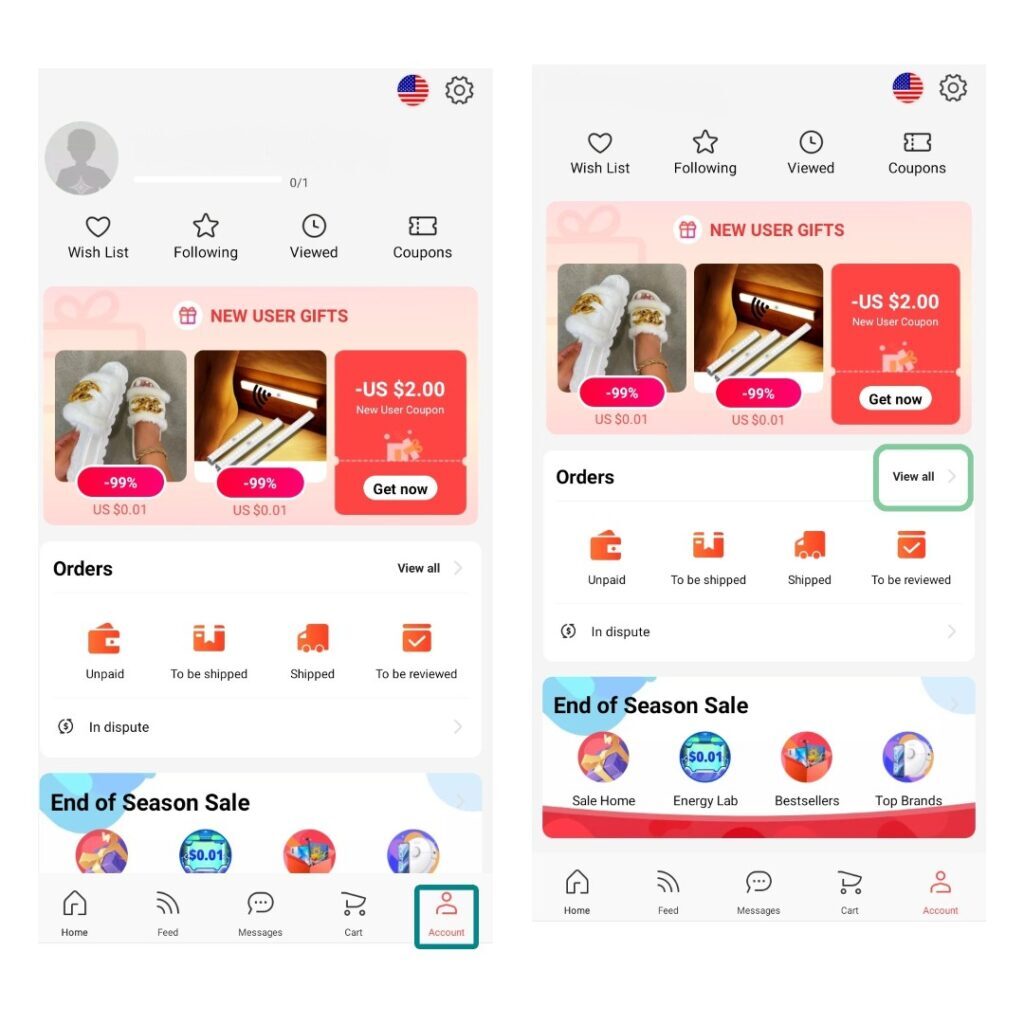 Find the order you want to open a second dispute on. Click on it to see the order details. 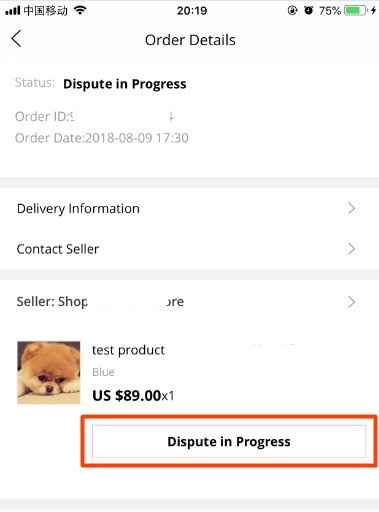 If the first dispute is not yet canceled, go to “Dispute in progress” and click on “Cancel dispute”.

If the first dispute is already canceled, from the order details, click on “Open dispute”. 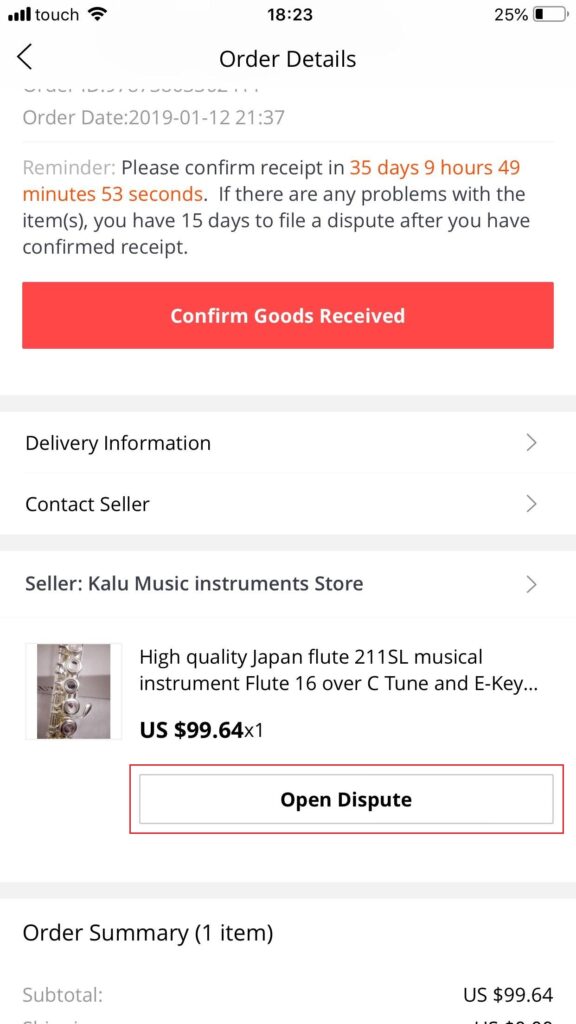 Here are some of the most common questions:

What is the deadline to open a second dispute?

You can open a dispute as long as your order still has active protection time; also 15 days after the time has expired, or you have validated the reception of the order. After that time, you won't be able to open a new dispute, either the first or the second one.

If you have doubts about whether you'll be able to open a dispute later, it's best to confirm it by talking to an AliExpress agent. You can do so from this link.

If I open a second dispute, will the resolution be the same?

It doesn't have to be. Although the seller will probably tell you the same thing as before (unless the seller steps back) when the dispute reaches AliExpress the resolution may be different depending on the agent who gets your case, or if you provide new evidence where the problem is better understood.

Will I have any issues with opening a second dispute?

Don't worry, you can open as many disputes as you want. However, what can affect your AliExpress account is opening fake disputes, blackmailing sellers, having multiple accounts, and anything else that can be considered “fraud” against the platform.